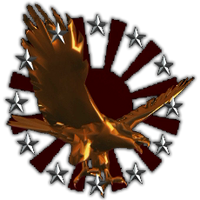 The Western Alliance comprises the nations commonly associated with the West, from Europe, through the United States, to Japan.

The Alliance is the most advanced supranational union in history. Thanks to breakthroughs in space technologies, the Alliance has colonized much of the Sol system. Bolstered by raw materials mined from asteroids, automated zero-gravity manufacturing plants, and nanotechnological breakthroughs, it has terraformed Mars and founded colonies throughout the known space - to the point that it was poised to reach beyond the confines of Sol.[1] Military academies of all its member nations continuously trained a stream of graduates to sustain this colonial expansion, providing cadres for both public security forces - colonial police and space SWAT units included - as well as commercial security companies providing protection against pirates in outlying colonies,[2] like Jupiter's.[3] Many would wind up working in civilian occupations, supporting the commerce in merchant navy or operating passenger liners reaching as far as Neptune.[4]

However, it has stretched its forces thin in the process. Decades of colonial warfare against the Coalition's future member states have worn out military budgets and resulted in countless casualties. Weary of war and border conflicts that plagued their expansion, such as the 2075 Lunar Conflict or the 2152 Europa Conflict, Alliance nations jumped at the opportunity to put an end to hostilities. The Balma Treaty was to be signed at Jupiter's moon, Europa, ending a century of strife. In a gesture of good will, Alliance forces were ordered to stand down across the system to not provoke the newly-formed Coalition.[1]

However, the Coalition used this opportunity to launch a surprise attack, targeting Alliance possessions and fleets across Sol. The initial attack overwhelmed and destroyed the Franco-Italian fleets moored in Martian orbit, followed by a massive land offensive across Earth and Mars and attacks on the outlying colonies. Ganymede, Io, and Europa fall together with the bulk of the Alliance fleets, forcing the devastated remnants to make for Neptune and its moon, Triton, where the remaining Alliance forces rally.[1]

These seemingly ragtag remnants would rally and exploit the overstretched Coalition, concentrating their forces and pushing back the tide. Within two years, they'd secure victory in outer Sol, but the forces would remain evenly balanced, leading to a century-long war of attrition across Sol, where both the Coalition and the Alliance - now the Allied Solar Forces - would be reduced to two regimes indistinguishable from one another. The Alliance would ultimately lose the war in a battle for Earth's Moon, and be pushed back to Jupiter. Rather than face extinction, the Alliance decided to flee Sol and settle in the Sirius system, launching five sleeper ship - The Bretonia, The Rheinland, The Hispania, The Kusari, The Liberty - which managed to break through the Coalition blockade and escape certain defeat.[5]