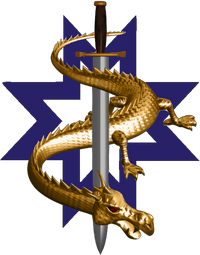 The Eastern Coalition is a newly formed union of non-Western nations formed after a century of war against the nations comprising the Western Alliance over control of the Sol system and its goods. The Coalition is determined to destroy the Alliance, in order to avoid becoming a second-rate power in the next era of space colonization.

Although the Coalition itself is new, the nations that comprise it are not and have warred against the Alliance for the better part of the century, starting with the first Lunar Conflict of 2075. Competition over resources and colonies was fierce, resulting in dozens of border wars and minor conflicts over colonization rights. Lacking the Alliance's technological edge or unity, the Eastern nations were left behind, unable to expand at the same rate as their Western adversaries. By 2160, the Coalition's control was limited to Venus, a wasteland with no natural satellites, Mercury, and a limited number of colonies across Sol, effectively dwarfed by the holdings of the Alliance.

The founding of the unified Coalition marked the turn of the tide, uniting the East against the West. The olive branch offered in the form of the Balma Treaty was readily accepted by the Western Alliance, allowing the Eastern Coalition to perform a perfidious first strike just as it was supposed to be signed on Europa. The Deimos Massacre in Martian orbit wiped out the Franco-Italian fleets, with the subsequent land invasions leading to pitched battles across Earth and Mars.

However, the victory was not complete, and nearly a half of the Allied navy managed to escape to the safety of Triton, resulting in a long and bitter campaign in the outer reaches of Sol. Despite the victory in outer Sol, the war would rage on for a century, with the Coalition gradually evolving into what would be called the Coalition of Eastern Powers, made up of China, Africa, Arabia, and Russia. Eventually, after a disastrous battle in Earth's orbit, the Coalition would rally and secure victory in Sol, forcing the Alliance remnants to flee the Solar System in five sleeper ships.[1]

One of the versions of Freelancer's intro offered a different ending: Before the Coalition could consolidate its gains, by taking the Alliance's last bases on Pluto, a Nomad capital ship would decloak in the dwarf planet's orbit, and fire at Sol itself with a never-before seen weapon of unimaginable power. Shortly after, the star would explode, destroying every world and moon up to the Kuiper Belt. The Coalition and its people would be completely exterminated by the Nomads, with the last survivors dying when Pluto was burned by the nova. This intro was scrapped, and was later released as a bonus feature on the Freelancer bonus disk.[2]

The Council is ruthless in its maintenance of control over their territories, routinely falling back on the Black Guard's firepower to pacify colonies. Alliance territories taken at the outset of the Sol War are subjected to brutal pacification, including random executions, harsh rationing, and other brutal measures.

While the Alliance maintains some form of military law and honorable conduct, the Coalition has no such compunctions. Its navy routinely targets hospitals, civilian convoys, and colonies in its pursuit of total war, while pilots and ships follow a take no prisoners policy. Prisoners that are taken are routinely tortured for intelligence and kept in abysmal conditions on floating concentration camps like the Saladin.

Note
The Tigris roundel/insignia is based on the shoulder boards of the Saladin commanding officer portrait, extracted from the game's files.

Community content is available under CC BY-NC-SA 3.0 unless otherwise noted.